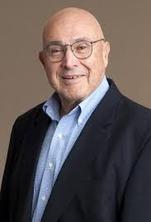 On May 2, 2017  Sandy Reznick, wife of David, passed away after a short illness.  Sandy was a Board Member, leader and a voice in everything the Foundation stands for -- following the legacy of her late husband. We have lost a wonderful woman and friend. She will be greatly missed by us all but she and David will be dancing under the stars.

Dedicated, Energy, Passion, Leader in the Industry, and Commitment. That was David Reznick.
David was awarded the Lifetime Achievement Award by the Housing Association of NonProfit Development (HAND) in 2013.

You are about to hear are from industry leaders whose lives were impacted and touched by David.  His brilliance, knowledge and dedication to the affordable housing community and community development continues to speak volumes today.
His legacy continues within this Foundation.

Elysian is an online magazine focused on spotlighting the cultural beauty of business, dining, arts and so on. In the June issue, a former employee of the Reznick Group was featured in the section "Women of Distinction."  The focus of her interview, unbeknownst to the Foundation, was all about David.  Enjoy! 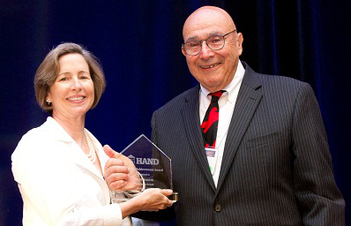 David is remembered and honored by the accounting and housing community.

David Reznick helped thousands of disadvantaged families acquire housing and, along with their newfound residences, a greater sense of pride and dignity.  Read full post at NAHB site

The CPA profession — and especially the team at Reznick Group, P.C. — mourn the passing of David Reznick, the firm’s co-founder and chairman of the board.  Read full post at macpa

Biography: David Reznick (1937-2014) was co-founder and Chairman of the Board of Reznick Group, P.C. before the firm combined with J.H. Cohn in 2012 to form CohnReznick LLP. Since co-founding his firm in 1977, David helped to lead its growth from one office in Washington, DC to a top 10 CPA firm, with offices nationwide.  An industry legend and visionary, he was known for his tireless work to create and protect affordable housing.

With a burgeoning housing market and an ever increasing demand for affordable housing, David built momentum in the affordable housing industry while he and two childhood friends, Stuart Fedder and Ivan Silverman, founded Reznick, Fedder & Silverman in 1977. By then, David was established as a driving force between equity investors and developers, helping them achieve financial success. He also helped thousands of disadvantaged families acquire housing and, along with their newfound home ownership, a greater sense of pride and dignity.

David provided direct services to a range of real estate clients including developers, syndicators and lending institutions. He often consulted in the areas of tax analysis and the structuring of major real estate syndications and his advice was sought frequently on policy issues related to real estate and affordable housing. He testified before the House of Representatives, Subcommittee on Housing and Community Opportunity, giving recommendations on restructuring the Section 8 portfolio of FHA insured mortgages. Clients of multifamily properties in danger of default called on David to provide advice on capitalization where he restructured debt and assets by bringing in new capital to preserve the affordable housing.

A lifelong Maryland resident, David graduated from the University of Maryland. In addition to his business achievements, David was an accomplished speaker, community champion, and philanthropist.

David's professional and philanthropic honors include induction into Washington DC’s Business Hall of Fame and the Montgomery County (MD) Business Hall of Fame, the Catholic Charities Progress of Peoples Award, the Smith School Leadership Excellence Award, the Housing Association of Nonprofit Developers (HAND) Lifetime Achievement Award, the Affordable Housing Conference of Montgomery County’s Paul Sarbanes Excellence in Public Service Award, and the National Association of Home Builders Award for his 40+ years of contributions to the affordable housing industry. He was a founding member of the Jewish Foundation for Group Homes and was actively involved in fundraising for the research and treatment of breast cancer, children’s cancer, muscular dystrophy, leukemia, and lymphoma.  David was also a recent recipient of Yachad organization’s Annual Rabbi Joseph Weinberg Community Builder Award.