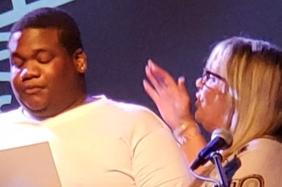 Nya Jacobs is the 2018 graduating senior that we honored this year.  Nya's specialty while in school was Technical Design and Production.  Again this year, it was so amazing to be a part of these extraordinary, smart, and talented kids.  Nya was chosen for our award because her words spoke to us.  She struggled with personal issues that she internalized growing up but was so determined to rise above it and make something of herself.  She wants to help others who are struggling and give them the confidence to succeed.  She is a kind, beautiful soul who has learned to appreciate herself while also being able to give back.  Nya will be attending Loyola Marymount College in the Fall. 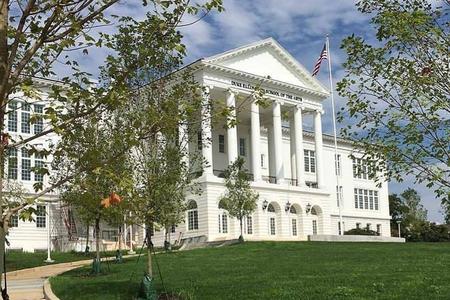 ​DUKE ELLINGTON SCHOOL OF THE ARTS 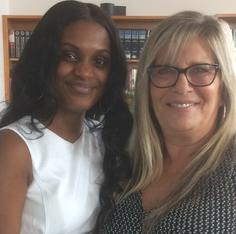 Izayah Williams is the 2019 senior with his focus on Theater at DESA.  DRF requested an essay be submitted based on "what does giving back mean to you."  Izayah's real truth was communicated by revealing his uncertainty of what giving back actually meant.  He was mentored, guided and loved during his time at Ellington which gave him the opportunity to grow and develop into an incredible individual.  He now feels confident as man to head towards college in the fall at the University of the Arts in Philadelphia to pursue his dream of acting.

Tyrese Rowe, a graduating senior and part of the Literary, Media & Communications Department, was chosen as our first recipient for a scholarship towards college.  Maxine had the honor of presenting this award at the Senior Awards Ceremony in June 2017.  "The love and support in that school, for these kids, was absolutely humbling and overwhelming.  What an honor to be able to have presented this scholarship." Tyrese could have gone down the wrong path in life because of circumstances surrounding him but he chose to take the path of  least resistance and became an amazing writer/playwright.  He always said that rather than going down the wrong path, he wrote his frustrations down on paper.  He set goals for himself despite the internal pain that surrounded him at times and rose to have confidence and faith in himself.  Nothing would stop him or stand in his way.  Tyrese is not afraid to speak his words of truth.  Nothing will stand in his way of his goals and dreams.

Tyrese, while attending college, is still very engaged in his writing.  This summer he is interning at the Young Playwrights' Theater in Washington, DC.  He is being mentored by playwrite, Miriam Gonzales.

These last 3 months have been a challenge for everyone.  Being a senior getting ready to graduate and not being able to physically participate was surely a letdown for some however, the Duke Ellington School of the Arts made sure the seniors were acknowledged properly virtually, from musical and dance tributes online to speeches from the Board of Directors, Principal and more made it just that more exciting.

This year, while we typically award one scholarship, we gave out two.  The topic for the essays remain the same...:"Why it is Important to Give Back to Others."  There were six essays submitted and it was so difficult to choose that we awarded two students.   Aliyah and Eric wrote such meaningful and beautiful essays based on their life experiences and these two spoke to us.  Due to a virtual experience, I was unable to meet with them. 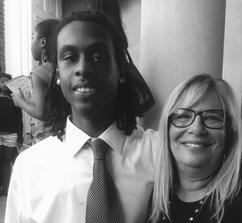 Aylia Black came from a family of six.  She wrote about her hardships and her siblings relied on one another to take of each other.  Ayliah and her siblings were eventually taken care of by a school counselor and the reverend at her church for food and clothing.  Her grandmother was able to take her in and was able to get into DESA.  She know understands the meaning of giving back.  Ayliah has gained confidence and feels proud of her accomplishments.  She will be attending West Virginia Weslyan in the fall.

Eric Chaney  recognized  that giving back should be a way of life -- a "requirement."  He states that there is nothing more self affirming than knowing you have done something good for someone else or something.  Eric recognizes you don't have to be a celebrity to give back.  You don't have to be wealthy to give back.  He knows  that giving back is a gateway to new perspectives.  Eric will be attending the University of the Arts in PA.

The Duke Ellington School of the Arts  (DESA), located on 37th & O Streets, NW, in the District of Columbia, is a historic landmark.  DESA is part of the DC Public School System and partners with The Kennedy Center as well as the George Washington University.  Students must apply and audition before getting admitted into their arts program of choice.  The Ellington Fund 501 (C)3 is their charitable arm that is responsible for prioritizing additional resources and acquires funding from outside resources to help bridge the funding gap to support its programs.  That's where we come in.

Ellington supports and advocates for their students.  They have a deep sense of community.  Within their walls a magic happens to help contribute to every student's success.   Some of these students may be facing challenges at home, in school, out of school but regardless of what that may be, no one is left behind, or made to feel lost within their system because of the Shepherding Program that was put in place.  This program, run by the Director and other faculty members, are there to support, guide and love them.  As it is stated in their brochure, "nothing is off limits."